Showing posts from February, 2014
Show All

2 Rissoles and a bag of Mushy Peas 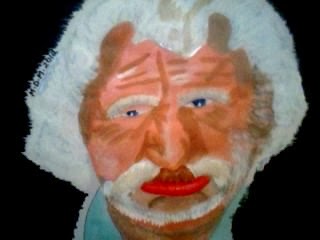 November 1975. Franks’ beard was festooned with peas and the assorted remnants of previous brunches/lunches he had consumed with alacrity and some considerable dexterity. I watched in fascination as his nicotine stained fingers flew up and down the strings. It was five minutes of beauty. Then he removed the still lighting cigarette from its perch at the tuning pegs, drew in his cheeks, breath, stomach, curtains and the night and through a cloud of Major enquired – “Can you play it NOW??” Ahem. I responded in the negative. Nay, nay, and thrice nay   -   as the Bishop said to the actress – I am,   Sir, but a small child who has followed the crumbs of the hordes of donkey jacket wearing, nature trek and doc marten shod, pimple ridden youths who have beaten a track to your door, drawn like   locusts, to the Pied Piper of Peters Square, and amid the haze of smoke   and purple   have worshipped at your feet. I have, sir, begged and cajoled and sulked and stormed to be a
Post a Comment
Read more
More posts