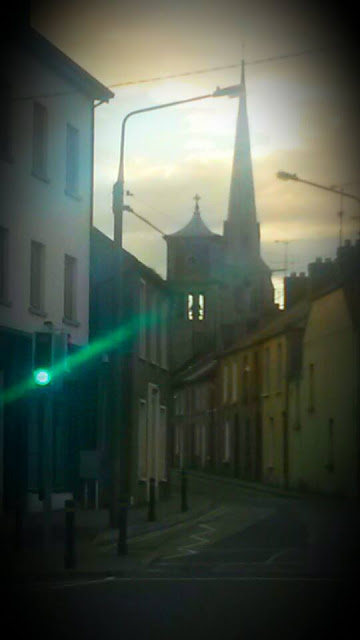 School Daze 50 years ago a young blonde woman in a green tweed suit walked hand in hand with a big eyed child adorned with a home- made bonnet up a street named School Which was fitting. Although the big eyed child didn’t know it yet. And was more concerned about which crocheted string of her Nana Mahon’s hat she had to pull to open it.  One released her tiny head, one constrained it lengthily.                                                      School Street – Photo © MDM The child had already been christened a scourge,that rip, a divilskin and a changeling baby ...... A reputation she lived up to with ease before breakfast, which mostly consisted of her screeching when she was presented with tay and covering a radio in butter with malice aforethought. The blonde woman was her mother Siobhán and a saint with the patience of Job. The school yard was thronged with roaring children and Moth
Post a Comment
Read more
More posts