Showing posts from July, 2015
Show All

Death of a Clown 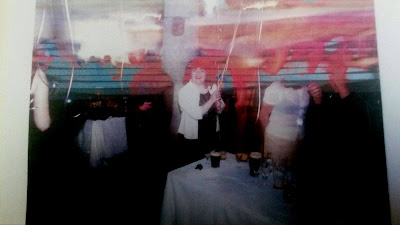 After a disasterous attempt to run a schizophrenic restaurant,   by day one thing, by night another,  which saw me consuming bottles of Champagne and Blue Bombay Gin with alacrity and some considerable dexterity,  I  hosted  a Millennium Ball that would put a roman orgy and the worst displays of Caligula in the hapenny place - it  began with a drunken priest skidding on a vol au vent and bringing  an 8ft mirror filled with  canapés down  on top of himself and ended in a shirtless brawl in the Bullring -  Can someone pick up the Priest? I put my head in my hands and surveyed the  bulging black bag of invoices and reconsidered.   I had already tried coffee shop, wine bar, music venue, intimate bistro, fine dining and ultimately, pot luck.  With hindsight, it would have been easier to dispense with the middle man and just throw the money over the quay.  I may as well have been nailing jelly to a tree. I put the white on the window and repaired to an adjacent ho
Post a Comment
Read more
More posts